Home » Blackbaud Blog » Data Privacy: Donors know what they want, but don’t know they’re getting it
× Share this Article

Data Privacy: Donors know what they want, but don’t know they’re getting it

Over 60% of Charity Supporters Likely to Opt-in if Asked

Data Privacy: Donors know what they want, but don’t know they’re getting it

How important is it that you only receive marketing communications when you’ve given explicit consent?

It may be a reasonable prediction that individuals would be more lenient with their personal data when being contacted about charitable causes as opposed to for-profit sales messages, but the report challenges this assumption. Whilst almost one-fifth (18%) would indeed be more tolerant of being contacted without consent if it was a charity doing it, in actual fact nearly one-third said they’d be less tolerant if it was a charity doing it.

However, despite this growing sensitivity around supporters’ personal data, a massive 62% of individuals who regularly engage with a charity would ‘definitely’ or ‘probably’ opt-in, if asked to do so by that charity. This is a reason for significant encouragement for fundraising teams who are keen to make sure they can continue to contact the majority of their current supporter base, after May 25th, 2018, using consent as the legal basis. (Remember, it’s not all about consent! Learn more about the six legal bases for processing personal data here.)

If asked by a charity you regularly engage with to ‘opt-in’ to fundraising communications, would you?

Also, whilst the report shows that many Brits do not want to receive fundraising communications they haven’t asked for, nonetheless the majority are not aware of the upcoming changes to legislation. More than three-quarters (77%) of Brits do not know what the GDPR is, and only 1-in-12 (8%) think they know exactly what it is. In other words, the vast majority of consumers do not know that in less than a year, their rights will be greatly strengthened when it comes to data erasure, data portability and – of course – consent.

Do you know what the GDPR is?

It’s interesting to note the differing levels of tolerance when comparing various direct marketing channels. For example, when being contacted by a charity without opt-in consent, telephone marketing is way out in front, with 53% of individuals saying this would be one of the channels that they’re least tolerant of. By contrast, direct mail was only disliked by 16% of individuals. Other channels fell somewhere in between, with SMS listed by 28% of respondents, and Email by 22%.

As regards UK charity regulation, when asked how important it is to them that they have a single, simple ‘opt-out’ button to ensure they never receive fundraising requests from a specific charity in the future, almost 9-in-10 (87%) think it’s important, with over half (56%) thinking it is ‘very important’. What’s fascinating is that when asked separately, only just over 1-in-10 (11%) of Brits have heard of the Fundraising Regulator, and incredibly only 6% have heard of the Fundraising Preference Service.

How important do you think it is that you have a single, simple ‘opt-out’ button to never receive fundraising asks from all charities in the future?

Rob Gethen Smith, Director of Customer Engagement for Blackbaud Europe, commented, “There is plenty for UK non-profits to be encouraged by in this report. It is undeniable that UK consumers across the board are becoming more protective of their personal data – and so they should be! Whether in the context of supporting a charity or any other direct marketing, more and more individuals are of the opinion that their person data is theirs to do with as they wish, and this should come as no surprise. However, the fact that over 60% of individuals who donate to, volunteer for, or fundraise for a charity would be likely to actively Opt-In to continue receiving fundraising communications, is hugely encouraging. When GDPR started being widely talked about in the charity sector last year, the fear was that opt-in rates would be in the single digits. On the strength of this report at least, it does not look like this will be the case.

“When it comes to individuals’ tolerance to charities’ direct marketing specifically, in some respects the findings are not surprising. Only 18% would be more tolerant of being contacted without consent by a charity, and I think this shows not only that the poor media coverage of certain organisations over the last couple of years has had an effect, but that consumers want control. Whether opting-in to hear from a favourite consumer brand or to hear about charitable activities, they want total control over the content that comes to them via all channels. Interestingly, young people are more likely to be more tolerant: 28% of under-34’s said they’d be more tolerant of being contacted without consent if it was a charity, whereas only 12% of over 55’s said they would. This may give those non-profits with ageing supporter bases a particular challenge.

“But it’s also an opportunity. What’s really interesting in this report is that consumers know what they want, but they don’t know they’re getting it! With such a small proportion of the survey respondents being aware of the GDPR and the Fundraising Preference Service, there is a big opportunity to educate individuals on their new rights as European citizens, and the new regulations that UK charities operate under. Demonstrating that the UK non-profit sector is responding positively to the negative publicity it has received will go a long way to restoring supporter confidence where needed.

“There’s no doubt that the British public is one of the most committed in the world to supporting social good, and new legislation isn’t going to change that. We just have to be more transparent about what we’re doing with their data, and put more effort into demonstrating the impact of the money they give.”

NB: The research was conducted in collaboration with Censuswide, with 1,164 respondents aged 16+ in GB between 24-25th May 2017.  The survey was conducted from a random sample of UK adults, equally representing age ranges and UK regions. Censuswide abide by and employ members of the Market Research Society which is based on the ESOMAR principles.

To learn about the behavioural science behind increasing opt-in rates, join the Blackbaud webinar on Wednesday 21st June at 2.00pm.

The post Data Privacy: Donors know what they want, but don’t know they’re getting it appeared first on Blackbaud Europe. 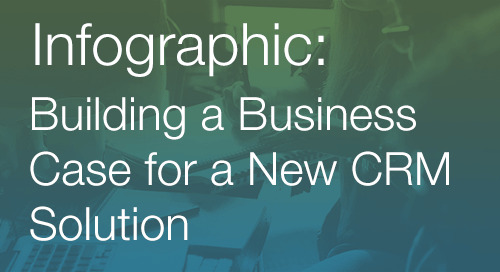 Getting buy-in from trustees and colleagues can be difficult when it comes to selecting a new CRM. The pos... 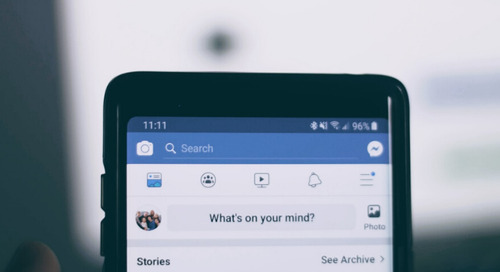 How many people actually see your Facebook posts? There's one specific metric that your charity should be m...