Welcome to the New Age of Accountability in Grant Management

This monumental shift of responsibility onto grant recipients could be one of the most pivotal changes in grant management in decades.

What was once good enough in the world of grant management has been replaced by a new age of accountability where grant recipients must ensure that funds are spent as intended and performance goals are met on time and on budget. On the grant side, and increasingly on the foundation side, new regulations and policies have made survival as a grant-funded organisation more challenging by adding additional layers of accountability and complexity for grant recipients.

Let’s take a look at what is arguably one of the most pivotal shifts in grant management in decades.

What Changed: Focus on Performance Management

In 2013, the Council on Financial Assistance Reform (COFAR) announced sweeping changes to the grant management process for US federal grant recipients in both pre-award and post-award phases. Grants for non-profit organisations that formerly had been managed under a variety of federal regulations would come under one umbrella of the new grant regulations called 2 CFR Part 200-Uniform Guidance, also known as the “Super-Circular” or “UG.”

These new regulations would change the way grants were managed and shift the primary focus from compliance to performance. This rewrite of the grant guidance reinforced the shift in priorities to target risk, improve oversight, support standardisation of business processes, encourage the development of qualified personnel, and find more ways to measure the performance of grant recipients to complete the objectives of the grant funds they are receiving.

This change in focus is not limited to the world of federal grants. In 2014, the Bill and Melinda Gates Foundation—the largest private foundation in the world—launched standard, streamlined procedures for its grant processing that included new tools to focus documentation and analysis on the key topics supported by its philanthropy. As representatives from the organisation stated, “we focus on purposefully measuring the most critical metrics of progress.” One of the tools used by this foundation is “The Results Tracker” that helps applicants understand how to measure performance with specific outcomes and outputs. Grant recipients focus and report on results from the initial proposal development all the way through performance management phases and reporting.

Why the Environment Changed: Grant News

“It seemed like a good idea at the time” are often the famous last words before a great disaster.

In 2008, the global economy was languishing in the Great Recession. The United States President, Barack Obama and Congress

came together in a rare show of collaboration to pass the 2009 American Recovery and Reinvestment Act (ARRA) and pump nearly $800 billion dollars into the economy to stimulate jobs and support numerous public works projects.

Unfortunately, in the rush to push the funds into the economy, the oversight of spending, assessment of risk, and integrity of grant recipients often fell by the wayside. Investigators later uncovered widespread financial management issues with many of the projects. The problems covered the gamut from bid-rigging, theft, and false statements to embezzlement.

Story after story in the news told similar tales of grant mismanagement occurring. And waiting like a lion ready to pounce on its prey, hidden deep in ARRA was the expansion of certain types of data monitoring to give federal agencies new tools to root out waste, fraud, and abuse of taxpayer dollars. It was a survival challenge where obstacles were created to test whether or not a non-profit organisation would make the right choice.

This period laid the groundwork for the changes we see today in grant administration. Federal agencies began developing grant management systems that would provide additional ways to track spending and make it more transparent. These methods would also pave the way for new analytical tools to coordinate audit resolution across agencies and funding periods. Finally, just like a spoon full of sugar makes the medicine go down, the new regulations would focus on cooperative audit resolution to clean up the messes of the past and reframe expectations of enforcement for the future.

Want to know what the three key changes in grant administration are? Need to know how making the most of your grant management resources can prepare your organisation for survival? Make sure to read the whitepaper, What Reality TV Can Teach Us about Effective Grant Management. 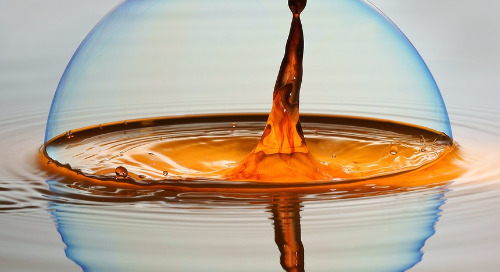 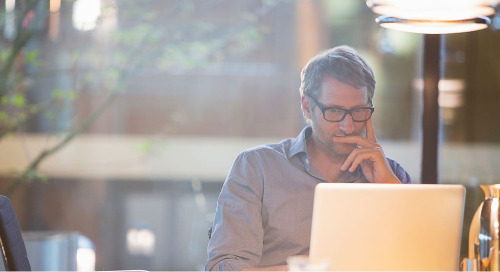 Choosing a CRM as a Small Charity - Practical Considerations